Visit by the International Committee of the Red Cross (ICRC)

What is your mission?

He said it was to help at risk populations like ours. He said also that indigenous communities are especially vulnerable so they need the help of his organization.

Yesterday I interviewed Mr. Octavio Acosta, member of the ICRC.

According to him there are communities here that are being affected by the conflict, and he said he would help us with this project. He also said he was very happy to be here in the INKAL AWA educational institution.


I brought a digital camera from Cineminga to the school in the community of Magüi. 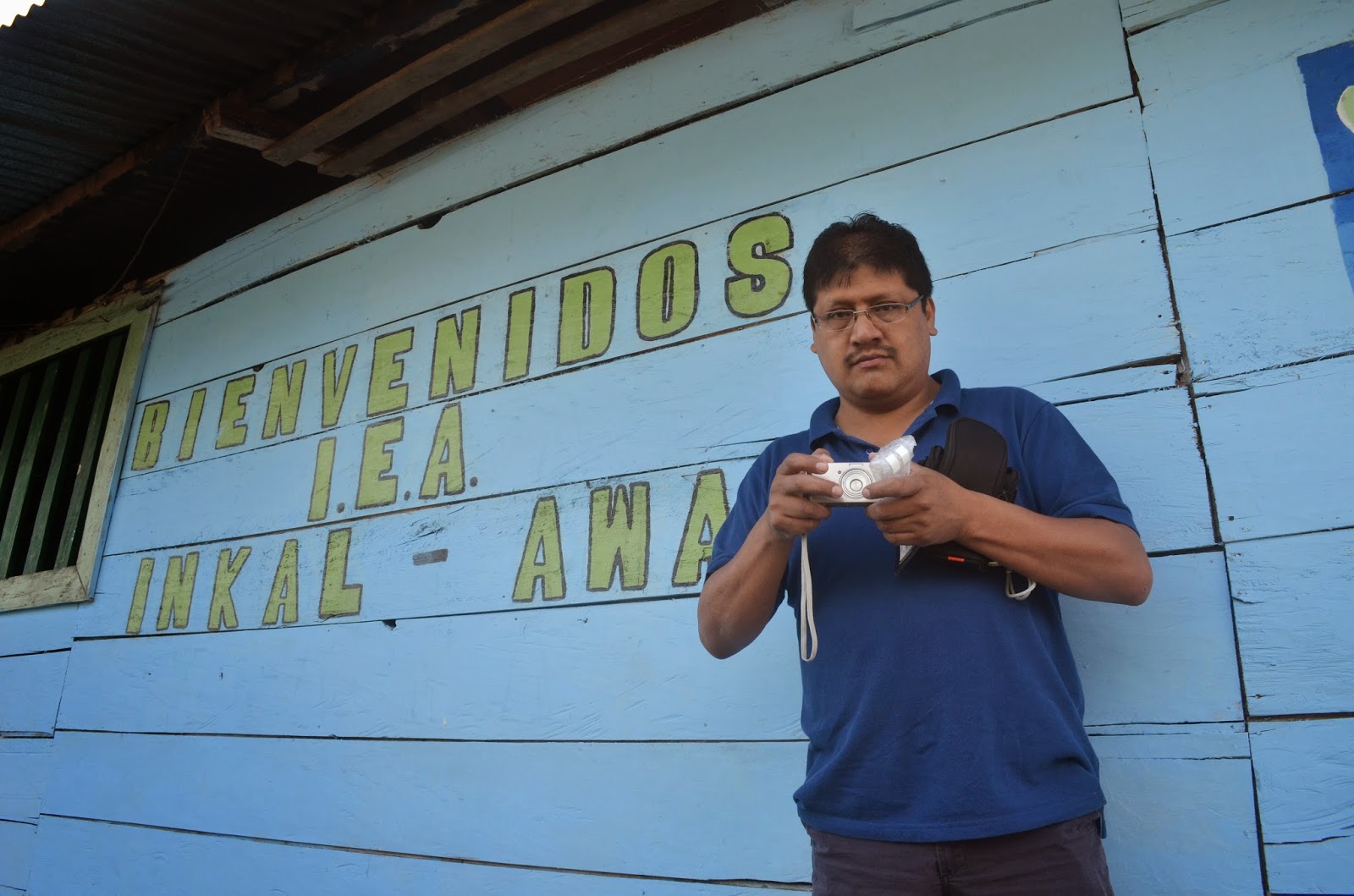 Little by little, I taught students how to use it. 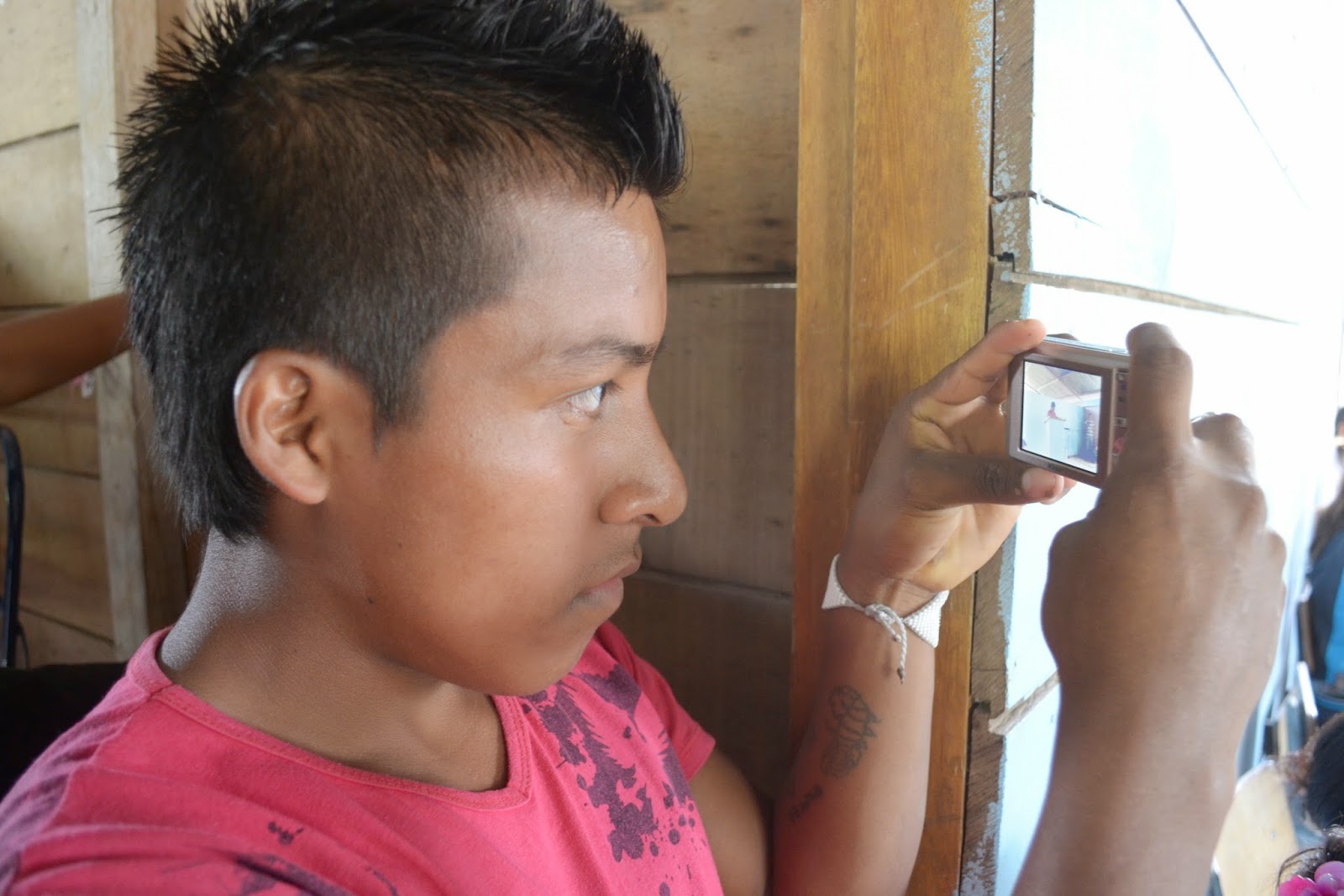 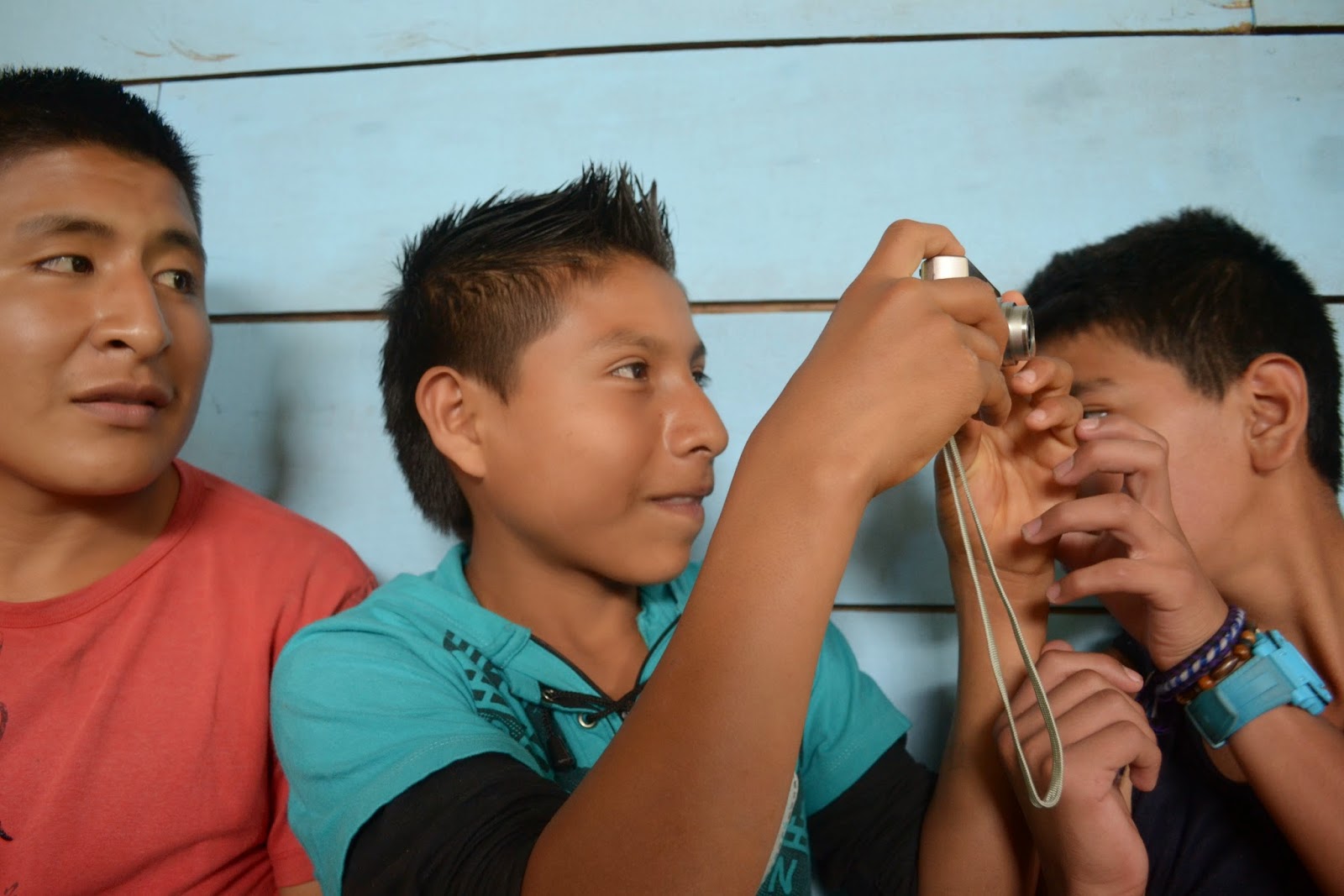 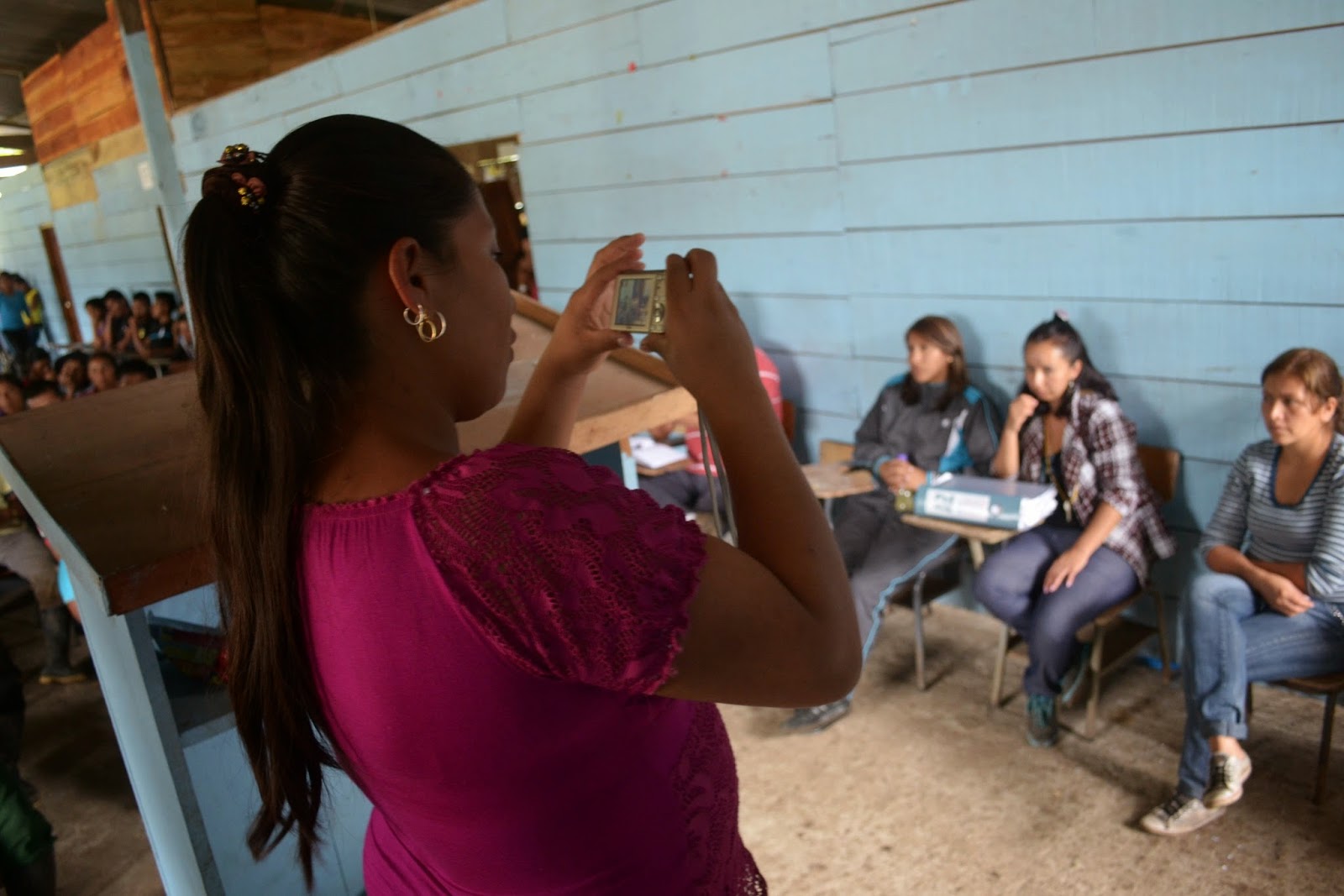 We discussed how we could use the photos. One teacher who teaches Awa launguage proposed we photogragh local flowers and plants, body parts, and interactions, then label them with words in Awa and Spanish, and make a gallery. I think this is a wonderful idea. We will keep you posted. 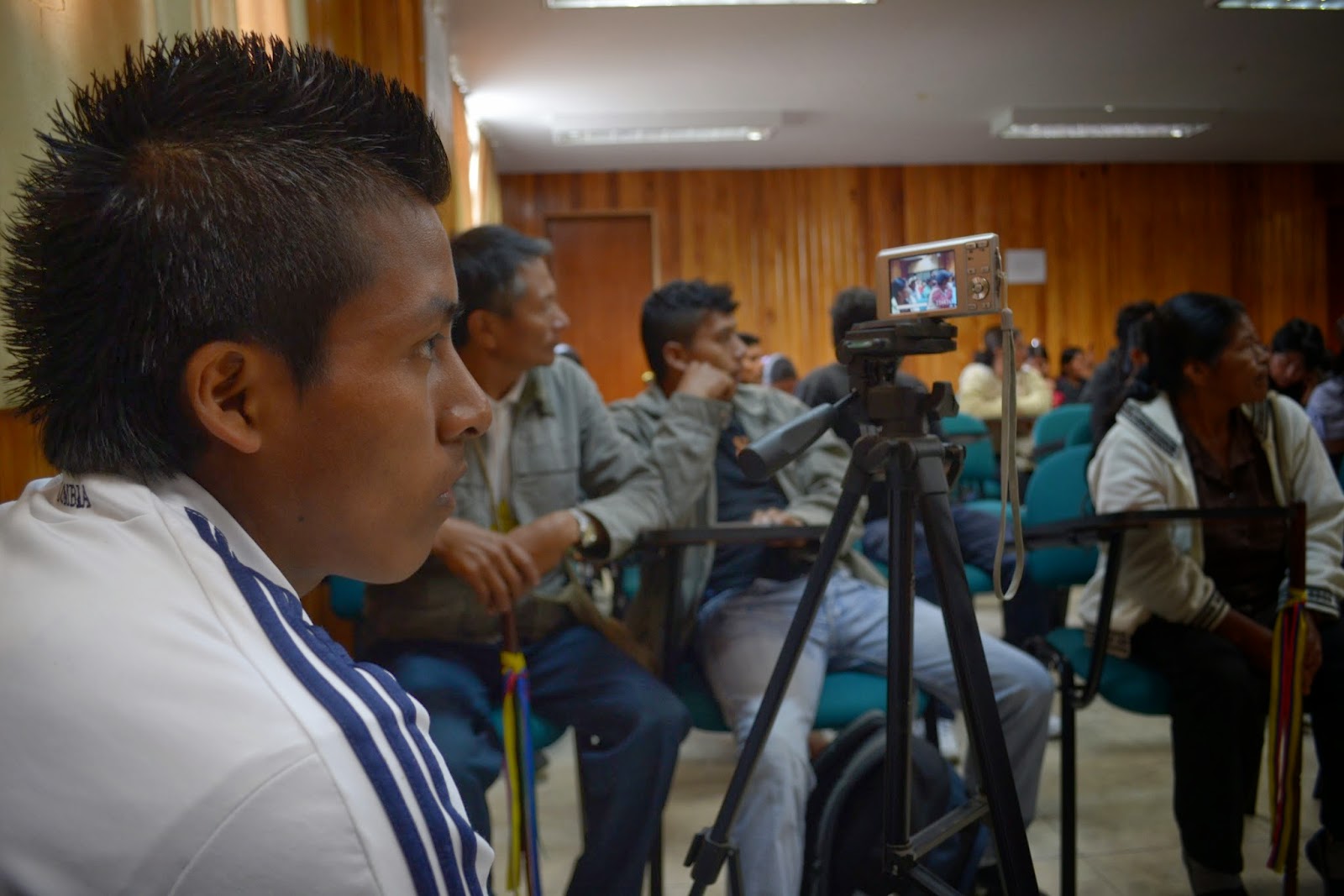 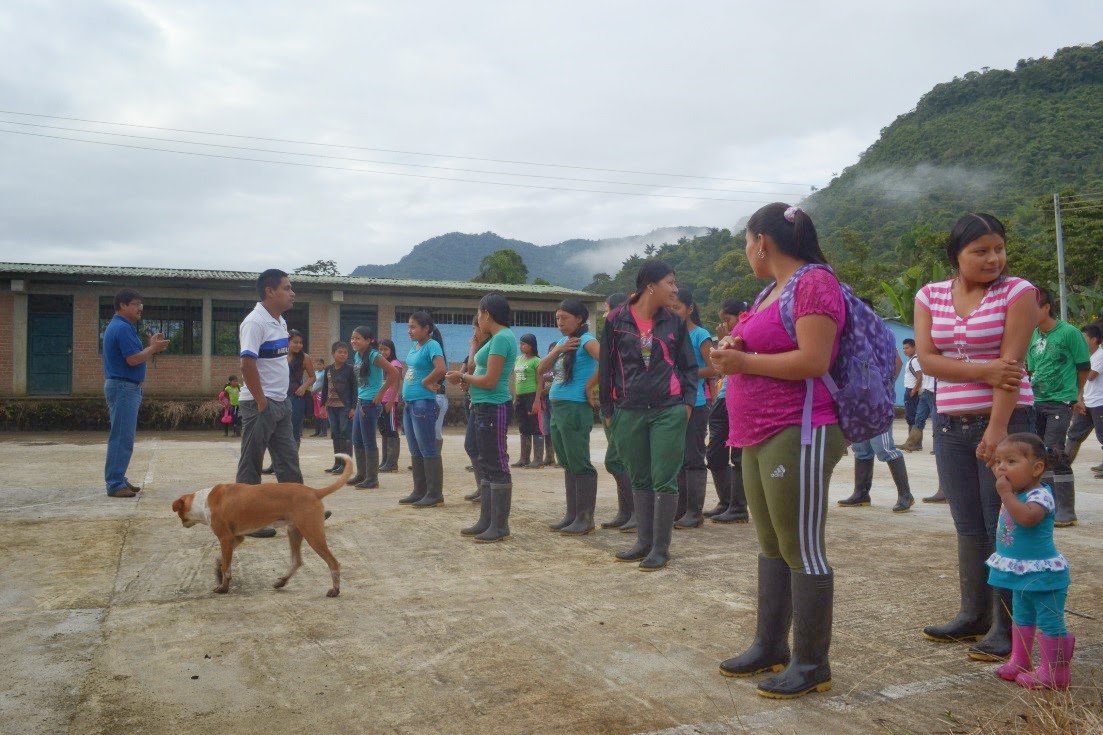 In the second week of classes, which started on February 24, most of the students (98 of them) were able to attend. Most of them have to walk for hours to come to school, so they stay at dorms from Monday to Thursday.

On the night of the 24th, a dance party was held to celebrate the reunion and welcome new students. They only needed music to have a dance party, no food no drink were required.  I feel this is very Colombian. Teachers and students enjoyed the celebration until 9pm, time to go to rest. 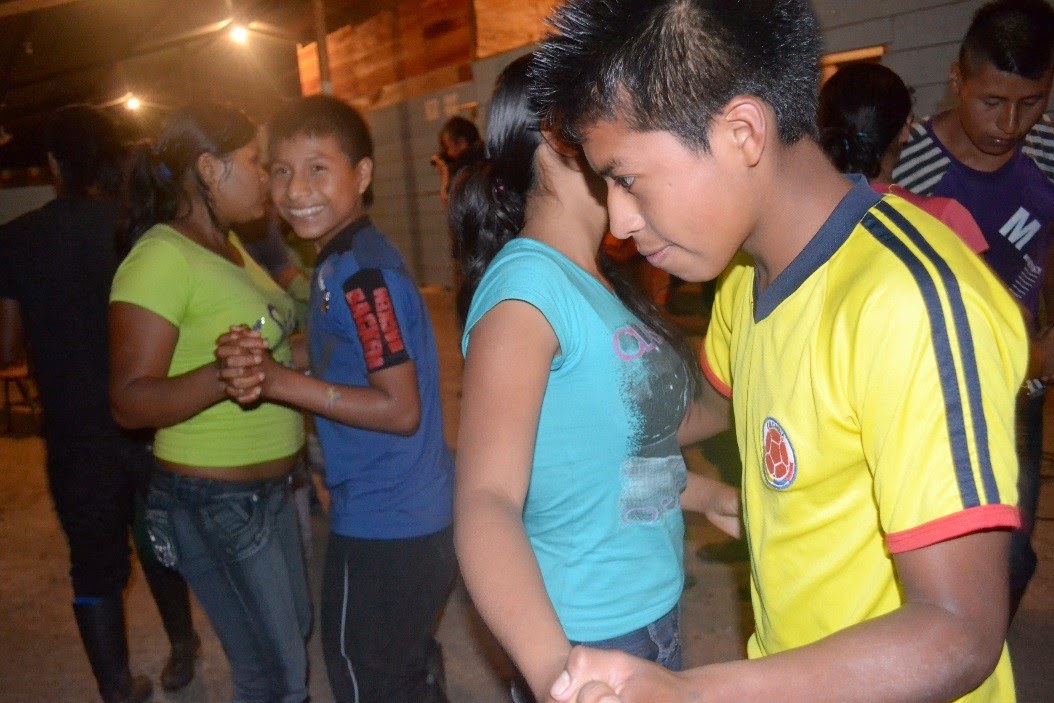 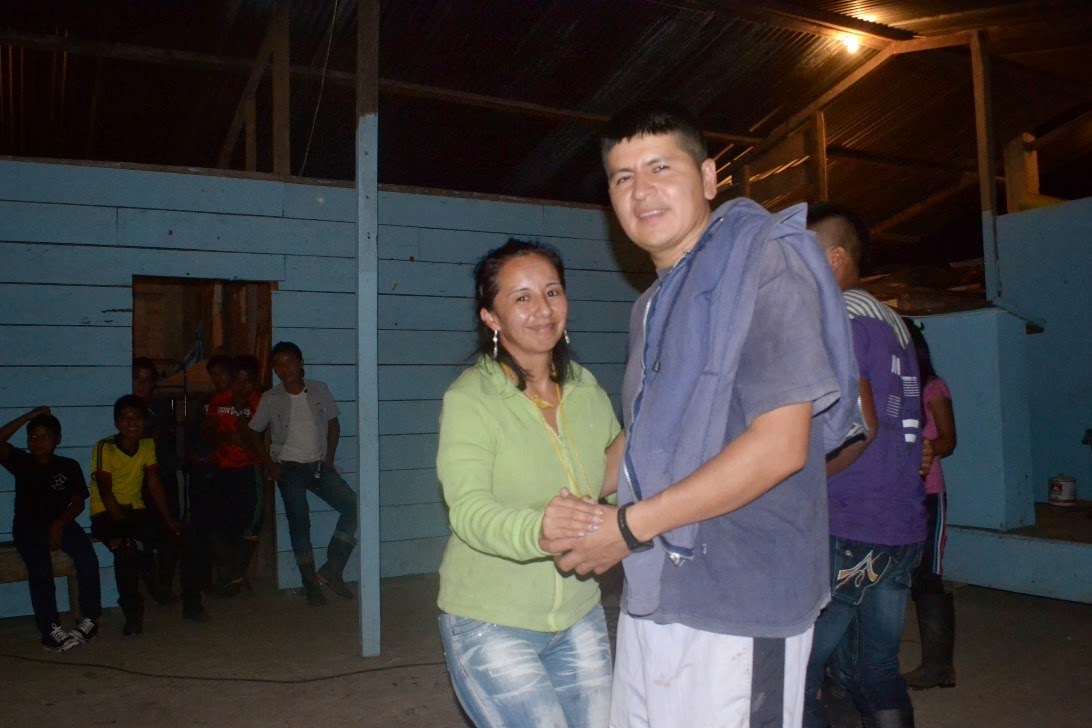 This year a new library built by teachers and students has opened. The school had received some books from the government but they didn’t have a room for them, so they had been in the storage for a long time. This library is a testament to the community’s enthusiasm for creating the best possible learning environment for its youth. 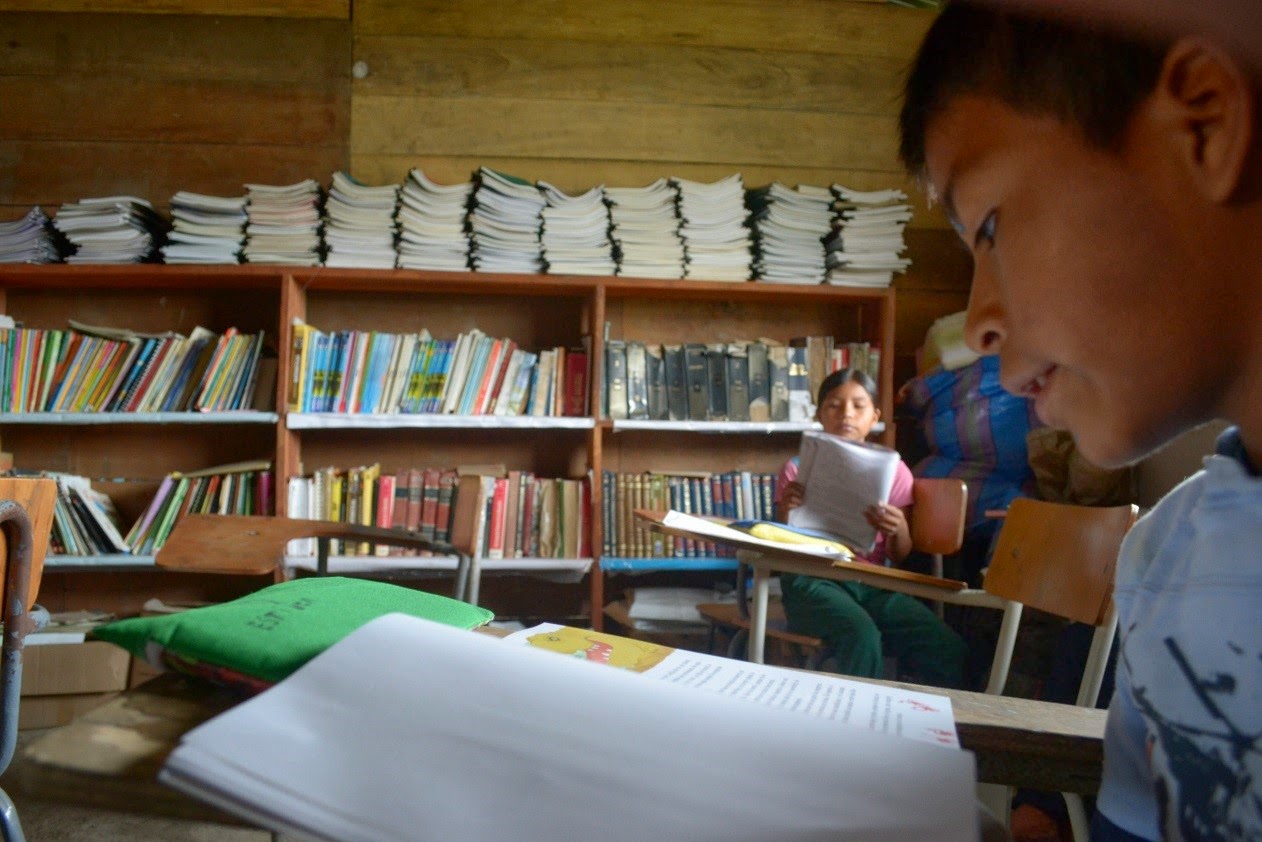 
School in Magüi finally started on Monday February 17th, it was delayed by two weeks because of the clashes. Less than half of the students attended, from a total of 136, since they still have to be careful and watch the situation. 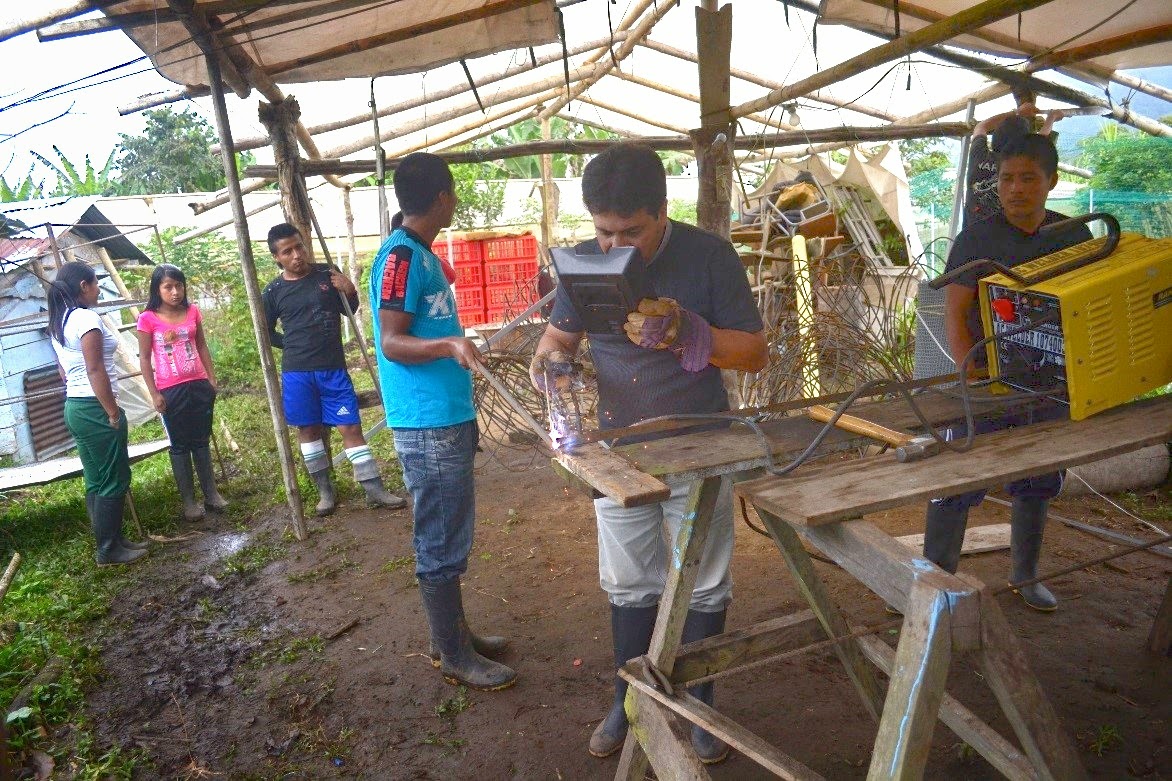 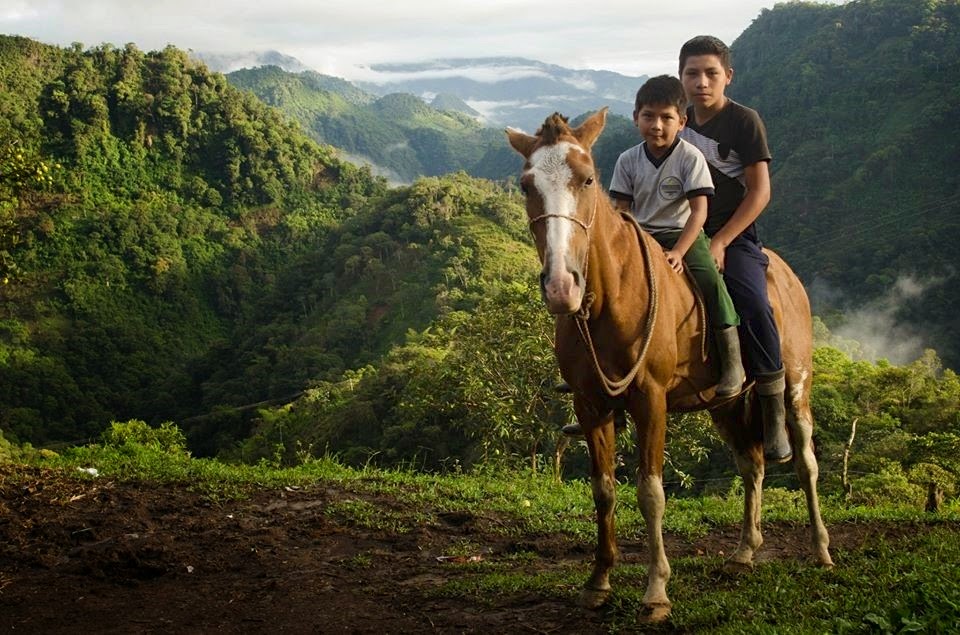 The Army Came to my House

We came here on Janaury 24th. It was Friday. I remember the day and the week.

The army came to my house, they camped near my house. Afterwards the guerrilla attacked the army and the army responded. It became very dangerous and we didn't want to stay there, so my husband and I came here to stay with our son.

I told the soldiers not to touch our belongings. For now we are staying here. Don Gregorio sometimes goes back to the house to take care of our chickens, pigs and cattle.

Husband and wife don Gregorio and doña Robertina live in the Arrayán area of Magüi reservation. On December 2, 2012, at 1am, an army plane bombarded guerrilla fighters who were camped a 10 minute walk away form their home. The bombing was intense and lasted three hours. The commander and more than 20 guerrillas were killed.

Don Gregorio and doña Robertina were at their daughter's home in the neighboring area. They heard the explosions and waited until dawn to go to their house, but they thought it was still dangerous to stay there so they returned to their daughter's.

After the bombardment the national army took over their house. A month later the couple returned with a mandate from the community government council (they hold posts in it), to talk with the army and investigate the situation.

The army finally left the house, but most of the animals had died during the fighting. Blankets and clothes missing, and seeds that were stored for later planting had burned. Doña Robertina and don Gregorio denounced this to the army but have gotten no response.